Great thanks to Truman who discovered this tiny announcement in the Richmond Times Dispatch, Sunday, January 22, 1922 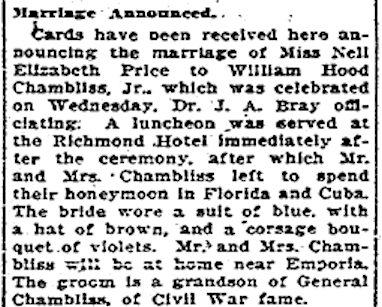 Cards have been received here announcing the marriage of Miss Nell
Elizabeth Price to William Hood Chambliss, Jr.,which was celebrated on Wednesday. Dr. J.A. Bray officiating. A luncheon was served at the Richmond Hotel immediately after the ceremony, after which Mr. and Mrs. Chambliss left to spend their honeymoon in Florida and Cuba. The bride wore a suit of blue, with a hat of brown, and a corsage bouquet of violets. Mr. and Mrs. Chambliss will be at home near Emporia. The groom is a grandson of General Chambliss, of Civil War fame. 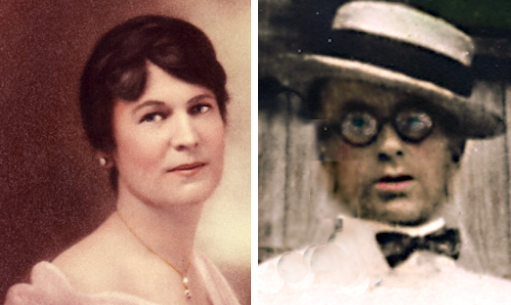 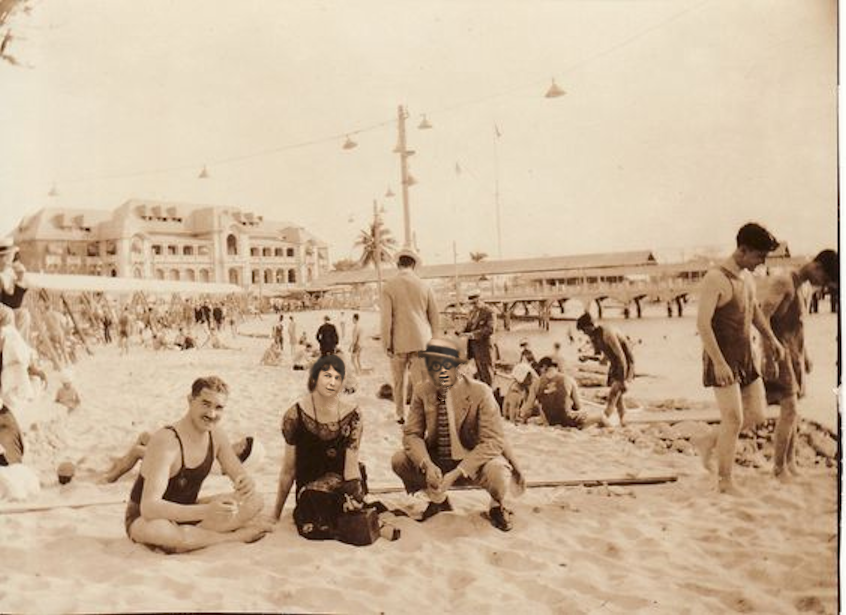