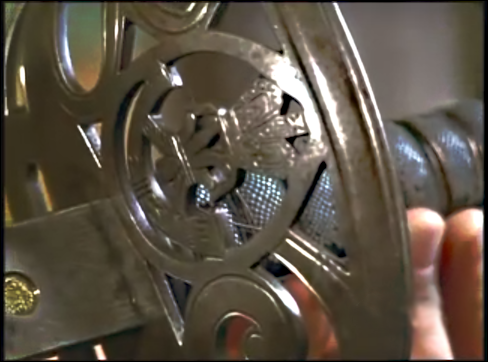 When General Chambliss was killed at Deep Bottom, his sword was taken by Union soldier Samuel Cormany as spoils of war.  Over 100 years later, it was discovered in the attic of an old house owned by his great-great-granddaughter.

The General’s sword was actually manufactured and used by the  British in 1822. Note the British crown on the hilt or basket.  Historically quality British swords were “proof tested” by extreme bending, and being struck with hammers. Once it passes inspection, a gold pellet is dropped into a milled opening and stamped as proof of testing. Note the round gold “proof disk”. 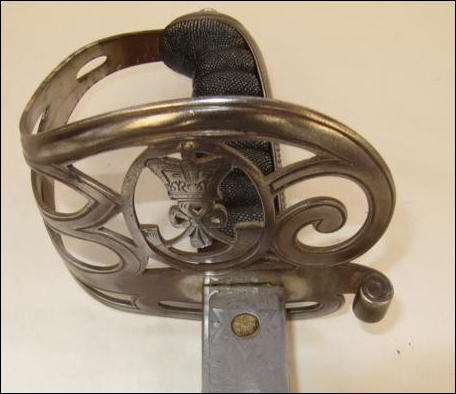 After the sword was discovered in the attic, it was displayed at a commemorative meeting of the Chambliss family and the Cormany family at Deep Bottom in 1990. It has been suggested that the sword be loaned to the JEB Stuart Museum, alongside the General’s West Point ring. In 2009 the sword took this interesting turn: