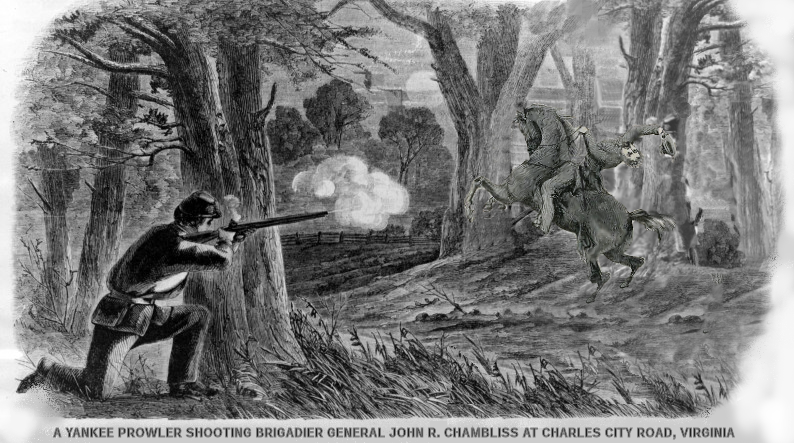 Samuel Cormany, a Union soldier, kept a detailed diary of his time in the Civil War. It was later published as The Cormany Diaries. He was, in fact, the soldier who shot and killed General Chambliss at Deep Bottom, Virginia, and gave his eyewitness account below. The sword and belt are still in the possession of his great-great grand daughter, in Pennsylvania: 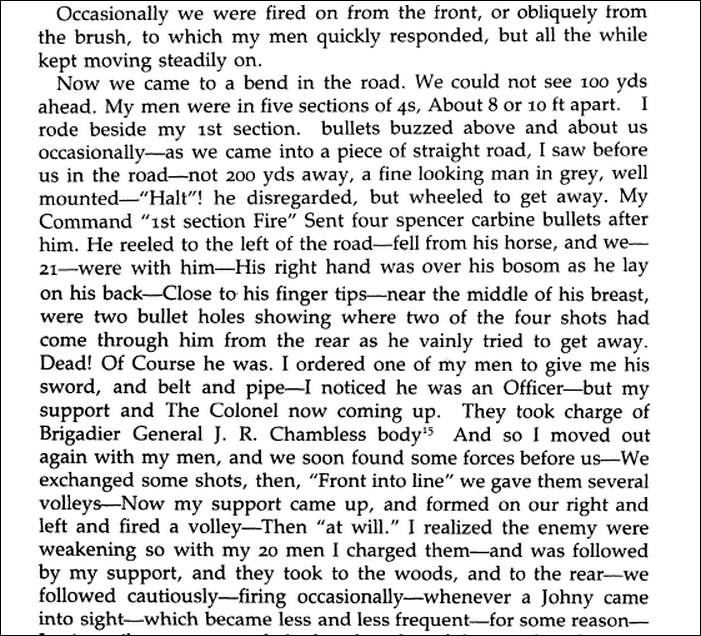 In what is a curiosity of war, Samuel Cormany records the next day meeting with his enemy: 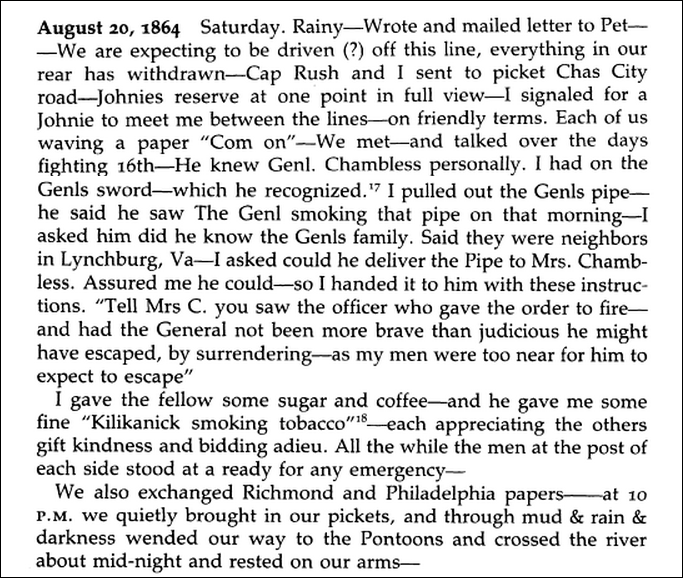